Good things come in small packages. You hear this randomly throughout life, mostly from guys, short people and cheapskates. But in some cases, it really is true, especially when it concerns houses. And today we’re going to go over some of the best examples.

Now, this is not meant to be an exhaustive or comprehensive list. It’s not even meant to be all that detailed. It’s simply meant to show that dream homes don’t have to be castles or gigantic, sprawling mansions and some of the coolest, most famous people in history agree with this philosophy. Architects, queens, samurai, presidents, etc. Not a single cheapskate in that list, is there?

Take Frank Lloyd Wright’s home of Taliesin. Nevermind the fact that it’s situated at the peak of a hill, in a beautiful valley and the property also includes his large architecture studio and a school. The part of the house that was actually the living quarters was just a simple, if beautiful, home, built in Wright’s unique Prairie Style. It burned down twice, though and had to be rebuilt. Frank lived a pretty crazy life.

Or perhaps the home of Isamu Noguchi, the famous Japanese American sculptor, who had a 200-year old samurai home moved to the village of Mure and restored. And while the property later turned into a well-appointed compound with all manner of areas for art and reflection, the house itself was a clean, simple, traditional Japanese home. If Apple started designing houses, I feel like they’d look like these historical Japanese houses. They have such a simple, modern feel, despite being so old.

Heating in the winter must be fun.

Thomas Jefferson’s famous home, Monticello, might be pushing the upper limits of “small home,” but when put up against what is typically considered a mansion, I think it fits, if just barely. Jefferson, who was an avid architect, made sure his home was in a constant state of redesign, but mostly kept it within Neoclassical boundaries. But when he saw an element he liked, or had an idea, it didn’t stop him from experimenting. What resulted is one of the most famous houses in America.

A house in California, owned by Gisela Bennati and built by Rudolf Schindler, started off as a rustic, mountainside home, but because of local regulations had to, for whatever reason, be changed to a more formal Normandy style home. Zagging when most might zig, Schindler preempted a lot of design elements that would later become extremely popular: expansive windows, locally obtained materials, exposed rafters and large, open living areas. It was also one of the first a-frame houses. It’s also incredibly beautiful.

But, really, why stop at a single building when you could just as easily (not really as easily) build an entire little town for yourself. Marie Antoinette’s Hameau de la Reine (Queen’s Hamlet, for our non French reading audience), was just such a place. Ms. Antoinette, unhappy with her posh lifestyle, decided to build a hamlet so she could pretend every once in awhile that she was actually just an average citizen. There was a dairy, a farmhouse, a mill, a barn, some other buildings, then about five or so buildings designed for the Queen’s comfort. All constructed in such a way as to make them look rundown and rustic, to the point that she requested the builders put in imitation cracks and fissures, rotting timbers and moss. If you want to pretend you’re a peasant, I guess the best way to do so is to construct an entire little city built around your comfort and delusions. Rich people confuse me. 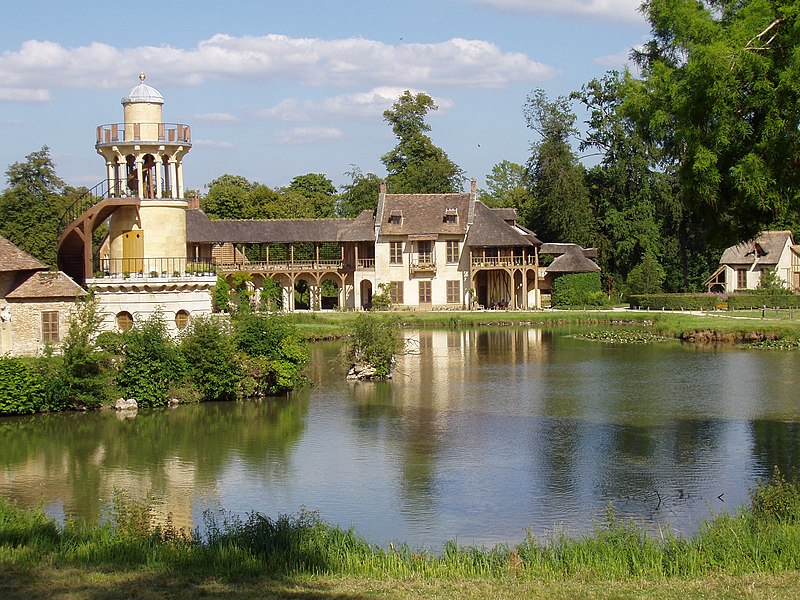 When in doubt of whether or not you’re out of touch with the problems of your impoverished subjects, build a little city for yourself so you know what they’re going through.

We’ve looked at just a handful of houses, all of them famous in one way or another, but the point is… there are countless small, amazing homes owned by less-than-famous people all over the world. And you can be one of them. Call us, we’ll hook you up.